Below are the fragmented pieces of writing emailed to me by Jameson at around 3am on February 12, 2013. Those of you familiar with the letters exchanged between Lovecraft and Kamprad will understand how these brief paragraphs relate to each letter and each other. The relevance of the section on postmodernism is obscure to me. If anyone knows, get in touch.

Jameson on the horror of H.P. Lovecraft and IKEA

Our individual and collective praxis lists with cyclopean weight and scale towards a dystopian horizon. Invisible in its immanence, habitual and unthinking, the sum of all human thought and action fixes our course. Existing on a continuum of reification and deification, the incrementally and collectively empowered forces of our culture appear to bring ruin or prosperity for their own inscrutable ends, as fabricated systems return as unrepresentable entities both sublime and horrific.

R’Lyeh, near the pole of inaccessibility 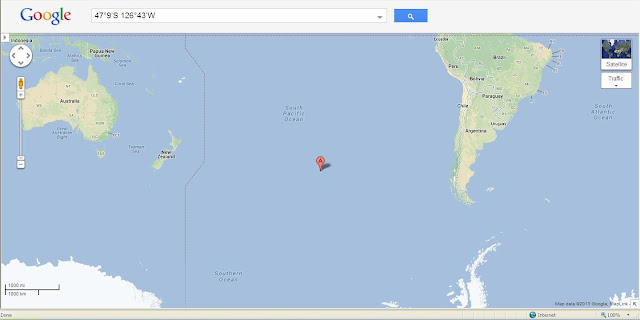 Near the point furthest from land something vast and dead dreams at a frequency beyond the resonance of human bones. Its alien call rings the immaterial within us; a psychic tinnitus silent in its ubiquity. When the dead dreamer shifts in its ancient slumber, earthquakes shake the crushing darkness of pacific trenches and we dream with it. In the depths of our subconscious we chant the unpronounceable and walk between architecture whose geometry defies description. When we wake, the paradoxes we so recently walked amongst anxiously jar and so quickly sink beneath our waking.

We are increasingly denied the agency to determine the tactility of our domestic environments as mass produced domestic objects with highly refined and delineated functions demand a set of complex, reductively defined interactions. The lifestyle imposition of domestic consumer utility precludes creative agency, while instigating the glaze of individual production through consumer choice. The illusion of individuality is woven from choice and complex postmodern signifiers encourage us to curate domestic environments replete with a-historical, knowingly undermined symbols of affluence: Persian rugs woven by machines in Turkey; Bauhausian chairs flat-packet by the hundreds of thousands in Romania; three Rothkos in five different frame sizes stacked, neutered and profoundly banal. These examples come to function as expressions of ironic despair.

The dead dreamer, Cthulu, is foremost in a pantheon of cosmic indifference. Alienation is year zero for gods, the beginning of the abstraction of the banal that ends in deification. The liminal potential of ritual is pregnant in the unthinking repetition of the habitual, where worship is implicit rather than overt.

Jameson on the legacy of postmodernism

The grand narratives of modernism and the institutional powerbase through which they are relentlessly reinforced and renewed have conspired to reduce postmodernism to a schizophrenic period in aesthetics and philosophy – an anomalous episode born of some collective mania.  A subconscious totalising protocol has seemingly been initiated that has galvanised the academy and the arbiters of our cultural memory to enact a pervasive, collective denial of the ontological consequences of postmodernism.

The recent Victoria and Albert Museum exhibition Postmodernism: Style and Subversion 1970 – 1990 exemplifies the gentle denial and wholesale reduction of postmodernism to a style paradigm by an institution whose very purpose is to categorise, historicise, neuter and defang.  While seeming to explicitly reassert the relevance of postmodernism, the exhibition in fact functions as a vaccine; the deliberate introduction of a seemingly harmful element that serves to protect the cultural corpus from threat.

Postmodernism’s historical cul-de-sac (as it has been described) offers no easy trajectory on which to map progress and has hence fallen victim to the very operations of modernism it sought to challenge. The rise of categories like the contemporary and post-contemporary, despite their seeming novelty, actually function to demonstrate the hegemony of modernism as the dominant epistemological approach through which our cultural and intellectual activities are organised.

If modernism is ‘dominant but dead’ (Habermas), it seems to inexorably shamble forward, propelled by orphan narratives stripped of their guiding ideals; a zombie that thoughtlessly treads a routine stripped of purpose.  The notion that the contemporary is the dialectical offspring of modernism and postmodernism ignores the contemporary’s fundamental sublimation to modernism. Yet the wry smile it turns on postmodernism communicates a certain critical maturity and gentle distain for the energetic radicalism of its paradigmatic predecessor.

But its critical triumph is seemingly pyrrhic, creating a vacuum or politically inert space for redundant yet seductive narratives to re-colonise. Or perhaps more accurately, to quieten dissenting voices and return our attention to the outmoded yet familiar resonance of modernism’s baritone; a utopian mantra repeated until its component words slip into a continuum of meaningless utterances that somehow fail to strike us as absurd in the light of the incremental apocalypse we are experiencing.